Fast Company: “The EPA’s backwards agenda is the opposite of what consumers want” 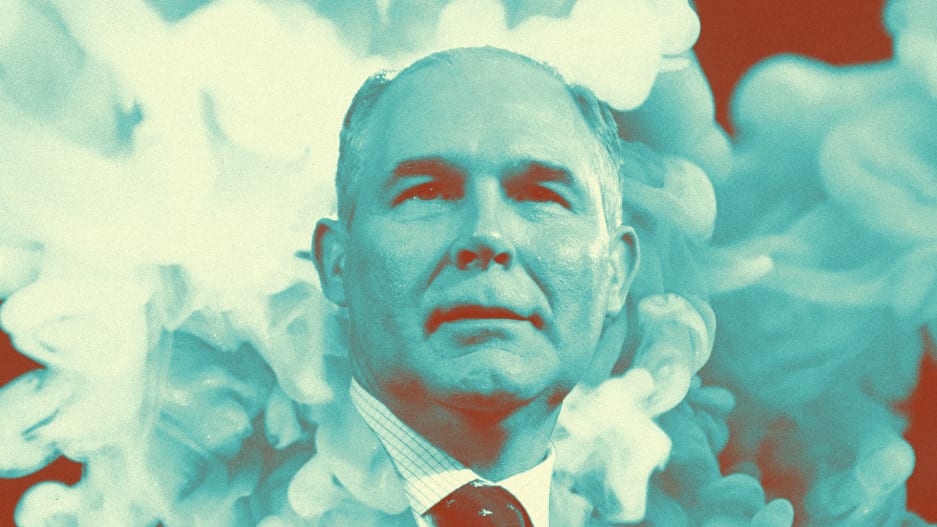 The U.S. government is getting out of the green business, right as Americans are jumping in.

Under Scott Pruitt’s leadership, the Environmental Protection Agency has focused its efforts on deregulation. From lead paint to fuel efficiency to wastewater, no environmental regulation is safe from targeting.

Publicly, Pruitt has distanced the EPA from climate change science. Pruitt said on national television that he does not agree that man-made activity is a driver of global warming.  Exactly one year ago this month, Pruitt was reportedly the loudest cheerleader for Trump’s decision to pull the U.S. out of the Paris Climate Accord.

Behind the scenes, Pruitt appointed himself the final arbiter of what waters fall under federal regulation of the Clean Water Act. President Trump has directed him to loosen limits on power plants’ greenhouse gas emissions and to toss out the requirement that EPA officials consider climate change impact when making decisions. Pruitt seeks to roll-back Obama-era fuel-economy standards and blocked an Obama-era ban on a pesticide found to cause fetal brain defects and targeted limits on sewage plants’ toxic emissions.Yet as the government pendulum swings away from the environmental regulating business, public opinion is charging full steam ahead in the opposite direction. New Pew Research polling finds that the vast majority of Americans think the federal government is doing too little to combat climate change and protect the environment. When asked about government protection of specific resources:

But this unity collapses when people are asked more broad questions. When asked about government policies aimed at reducing climate change to benefit the environment in general:

The difference is specificity. Our current political climate is supercharged with hyper-partisanship. Everyone carries closely held opinions on the appropriate place of government and the role it should play in the marketplace and in our individual lives. But those reflexive opinions aren’t as triggered by specific questions on resources and renewable energy sources. Everyone wants to drink clean water and breathe clean air, regardless of whether you watch MSNBC or Fox News. The key to agreement is to take the debate away from the ballot box and triggering language.

That’s where corporations come in. Businesses are uniquely suited to fill this leadership gap and capitalize on consumer desire for specific action.

Our research suggests that consumers increasingly approve of and seek out brands setting sustainability goals in their lane of expertise, particularly when brands are vocal about their commitment. Anheuser-Busch, for example, is now selling each bottle of Budweiser with a new logo spotlighting that it was brewed with 100% renewable electricity. The focus is on the sustainable difference beer brewing can make, not a he said/she said on global warming–and that makes all the difference. Similarly, Volvo is banking on its public commitment to electric vehiclesdriving its brand and sales goals into the future. The focus is on what consumers want; not fuel-efficiency regulations. The North Face is launching a refurbished clothing initiative to give consumers access to more affordable apparel from the brand and reduce discarded textiles in landfills. The focus is on reuse and affordability.

For each of these brands, the focus is on consumers; not on environmental regulations.

These smart investments in sustainability attract both red state and blue state consumers. Whether you distrust big government or distrust the party in control of the government, the public wants action to protect our environment, just not always from Uncle Sam. Businesses are the natural heir to fill this leadership void in this hyper-partisan time–and reap the rewards in the process.

Suzanne Shelton is president and CEO of Shelton Group, the nation’s leading marketing communications agency focused exclusively on energy and the environment.