In total, Bloomberg’s new analysis sees $11.5 trillion being invested globally in new power generation capacity from 2018 to 2050, with the majority going towards renewables. About $8.4 trillion will be spent on wind and solar, and another $1.5 trillion on other zero-carbon technologies such as hydro and nuclear.

“The arrival of cheap battery storage will mean that it becomes increasingly possible to finesse the delivery of electricity from wind and solar, so that these technologies can help meet demand even when the wind isn’t blowing and the sun isn’t shining,” BNEF’s Seb Henbest said in the report. “The result will be renewables eating up more and more of the existing market for coal, gas and nuclear.” 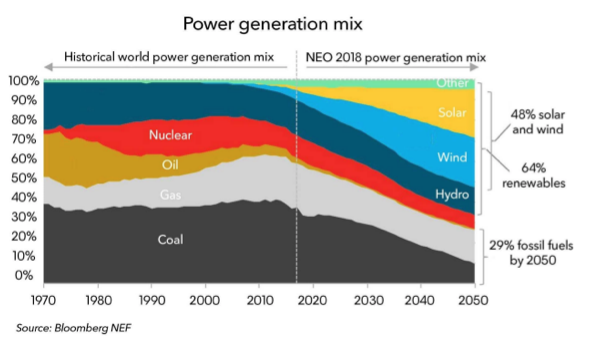 According to the report, since 2010, the price of lithium-ion batteries has declined 79%. Now, stand-alone batteries are increasingly cost-competitive with open-cycle gas plants and other options such as pumped hydro. “The conclusions are chilling for the fossil fuel sector,” Elena Giannakopoulou, head of energy economics at BNEF, said in the report.

In the United States, Bloomberg expects batteries to grow in significance from around 2030, to support renewables penetration. Utilities will continue to replace older coal and nuclear with cheaper gas and renewables, though Bloomberg adds the qualifier, “assuming there is no lasting federal policy intervention” to keep them operating.

The Trump Administration has been working to develop policies to support nuclear and coal plants, going so far as to propose unprecedented market intrusions. For coal plants, however, many in the power industry think there is little that can be done to stop the fuel’s downward trend in the U.S.

“Coal and nuclear are pushed out by age and economics, such that by 2050 both nuclear and coal have almost disappeared from the electricity mix,” the report predicts for the United States. “We do not anticipate a U.S. nuclear renaissance with current technology.”

The struggle of emissions-free nuclear plants has created a dilemma for U.S. policy makers who want to keep the plants online but are seeing them struggle economically and retire. Many in the nuclear industry are looking to smaller, modular reactors as a way to revive the struggling technology.

The smaller nuclear plants could start at prices as low as $1 billion to $1.5 billion to construct, according to some experts. While many believe SMRs could propel new growth in the nuclear industry, there may be less hope for fossil fuels according to Bloomberg.

“The economic case for building new coal and gas capacity is crumbling, as batteries start to encroach on the flexibility and peaking revenues enjoyed by fossil fuel plants,” the report finds.

The Conversation: “The public health benefits of adding offshore wind to the grid”

New plans to build two commercial offshore wind farms near the Massachusetts and Rhode Island coasts have sparked a lot of discussion about the vast potential of this previously untapped source of electricity.

But as an environmental health and climate researcher, I’m intrigued by how this gust of offshore wind power may improve public health. Replacing fossil fuels with wind and solar energy, research shows, can reduce risks of asthma, hospitalizations and heart attacks. In turn, that can save lives.

So my colleagues and I calculated the health impact of generating electricity through offshore wind turbines – which until now the U.S. has barely begun to do.

New England gets almost none of its electricity from burning coal and more than three-quarters of it from burning natural gas and operating nuclear reactors. The rest is from hydropower and from renewable energy, including wind and solar power and the burning of wood and refuse.

The health benefits of moving to wind power would be significant, particularly for regions that rely more heavily on coal and oil to generate electricity.

Replacing coal and oil with offshore wind will reduce emissions of air pollutants like fine particulate matter, nitrogen oxide and sulfur dioxide. These pollutants can form smog, soot and ozone. When people downwind are exposed to them, they can develop incapacitating and deadly diseases.

When my colleagues and I studied what would happen if offshore wind farms were installed off the Mid-Atlantic coast, we determined that they would bring about health and climate benefits.

We projected that a 1,100-megawatt wind farm off the coast of New Jersey, a bit smaller than the two approved offshore wind farms, would save around 13 lives per year.

When connected to the grid, this new source of power would make carbon emissions decline by around 2.2 million tons every year, the equivalent to taking over 400,000 cars off the road. 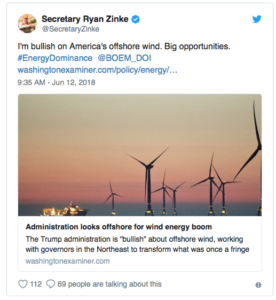 Offshore wind faces a number of technical and economic hurdles, including installation of transmission lines. But at least theoretically, this form of renewable energy could generate enough electricity to supply all the electricity the U.S. consumes and then some, according to the Energy Department. Members of the Trump administration, including Interior Secretary Ryan Zinke, appear to support offshore wind.
While it may not be possible, practical or necessary to build offshore wind everywhere, even replacing a small portion of the nation’s fossil-fueled electricity will be good for everyone’s health. 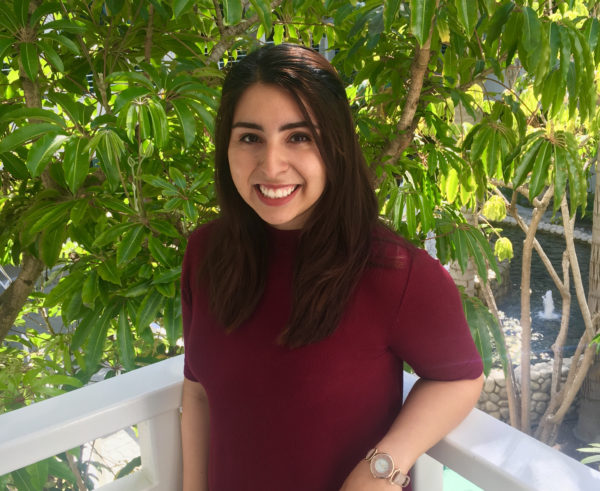 Lucy is a San Diego native and a recent Environmental Engineering graduate from UC San Diego. She first became involved with the wind industry as an intern for a wind farm developer and now works full time as a Renewable Energy Analyst for a consultancy company. She is excited for the opportunity to attend this year’s WINDPOWER conference as it offers her the opportunity to further her professional development by exposing her to the latest industry technologies and allowing her to network with established professionals in the field. She is passionate about renewable technology and the positive environmental impacts these present.  Ultimately, she hopes to use the knowledge gained during the conference to assist women aspiring to join the field and continue empowering young girls from underrepresented communities to pursue careers in science and engineering.

We look forward to hearing an event recap from Lucy after the conference!